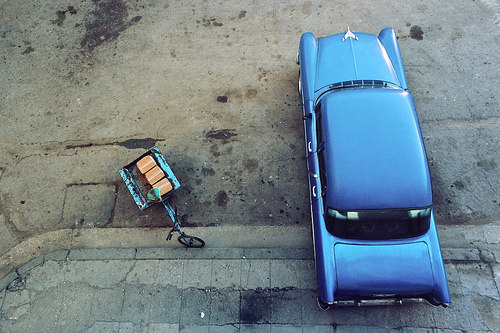 When you encounter a setback and need to regroup, think back to a time when you won. When you won, you mastered a skill, navigated a tricky negotiation, or otherwise came out on top.

Sure, circumstances may have changed. But you haven’t always lost or struggled, so think about that time when you got it right.

Jon Acuff lost a job and set out to write a book. At first he struggled, like most people do when they start writing books. But then he remembered a trick that had served him well in the past: the sixty-minute timer. He set a countdown clock on his phone and refused to do anything else except work on the book for sixty minutes straight.

At the end of the hour, he didn’t have the whole book—but he did it again and again, day after day.

Eventually Jon finished the book and published it with the great title Do Over, which also contained the great phrase I used for the title of this post.

Is there a trick you can use? How can you win the way you’ve won before?